Summary: A growing concern related to large-truck crashes has increased in the State of Texas in recent years due to the potential economic impacts and level of injury severity that can be sustained. Yet, studies on large truck involved crashes highlighting the contributing factors leading to injury severity have not been conducted in detail in the State of Texas especially for its interstate system.  In this study, we analyze the contributing factors related to injury severity by utilizing Texas crash data based on a discrete outcome based model which accounts for possible unobserved heterogeneity related to human, vehicle and road-environment. We estimate a random parameter logit model (i.e., mixed logit) to predict the likelihood of five standard injury severity scales commonly used in Crash Records Information System (CRIS) in Texas – fatal, incapacitating, non-incapacitating, possible, and no injury (property damage only). Estimation findings indicate that the level of injury severity outcomes is highly influenced by a number of complex interactions between factors and the effects of the some factors can vary across observations. The contributing factors include drivers’ demographics, traffic flow condition, roadway geometrics, land use and temporal characteristics, weather, and lighting...

Summaries:
Identification and Characterization of PM2.5 and VOC Hot Spots on Arterial Corridor by Integrating Probe Vehicle, Traffic, and Land Use Data: The purpose of this study is to explore the use of integrated probe vehicle, traffic and land use data to identify and characterize fine particulate matter (PM2.5) and volatile organic compound (VOC) hot spot locations on urban arterial corridors. An emission hot spot is defined as a fixed location along a corridor in which the mean pollutant concentrations are consistently above the 85th percentile of pollutant concentrations when considering all other locations along the corridor during the same time period. In order to collect data for this study, an electric vehicle was equipped with instruments designed to measure PM2.5 and VOC concentrations. Second-by-second measurements were performed for each pollutant from both the right and left sides of the vehicle. Detailed meteorological, traffic and land use data is also available for this research. The results of a statistical analysis are used to better understand which...

Bio: Robert Bertini is a professor of Civil and Environmental...

Summary: This presentation is a showcase of various GIS tools developed for bicycle network analysis and planning. The showcase includes a tool for assessing community-wide bikeability, a tool for forecasting bicycle volumes based on street topology, and a tool for evaluating different bicycle improvement plans in terms of exposure to danger situations for bicyclists. The tools will be demonstrated with case study data. The presentation will include a review of the Highway Capacity Manual Bicycle Level of Service and a discussion about using bicycle and pedestrian data collected through citizen-volunteer count programs.

Bio: Dr. Michael Lowry holds a joint appointment in Civil Engineering and Bioregional Planning at the University of Idaho. He is an affiliate researcher for the National Institute for Advanced Transportation Technology. His research focuses on capital investment decision-making and transportation planning for bicyclists and pedestrians. Dr. Lowry teaches courses related to sustainable transportation, engineering statistics, and economic analysis. He received his PhD in Civil and Environmental Engineering from the University of Washington and BS and MS from Brigham Young University.

Analytical efficiencies through the integration of modeling and simulation tools

Summary: Linking planning and operations is vital to improving transportation decision making and the overall effectiveness of transportation systems. In this seminar Steve will discuss data and modeling methods supported by the PTV Vision software suite to facilitate integrated planning for operations.

Bio: PSU Alum Steve Perone is the President of PTV America, Inc. the North American subsidiary of German software provider PTV Group. Headquartered in Portland, Oregon he is responsible for supporting a diverse customer base of traffic engineers and transportation planners from over 1,000 public agencies, universities and consulting firms combined. His experience draws on time spent in roles as both a public sector employee and as a private consultant supporting public agencies. In his role he actively supports many ITE and TRB events and programs.

Summary: Researchers from the transportation, planning and health fields share the common goal of promoting physically active lifestyle. One challenge that researchers often face is the measurement of physical activity, particularly among children. This is because the sporadic nature of children’s physical activity patterns makes it difficult to recall and quantify such activities. Additionally, children’s lower cognitive functioning compared to adults prevents them from accurately recalling their activities. This presentation will describe the design and application of a novel self-report instrument - the Graphs for Recalling Activity Time (GReAT) - for measuring children’s activity time use patterns. The instrument was applied in a study of children’s risk for obesity and diabetes in a predominately Hispanic community in Milwaukee, WI. Time-use data for two weekdays and one weekend day were collected for various physical and sedentary activities. The data was then assessed against measurements of the children’s cardiovascular fitness, weight status and insulin resistance through exploratory analysis and structured equation modeling. Findings on GReAT’s reliability and new evidence on the impacts of time-use in...

Where: Room 204 of the Distance Learning Center Wing of the Urban Center at PSU
Speaker: Rhonda Young, University of Wyoming
Topic: Transportation and Road Weather

Summary: Weather has a tremendous impact on the transportation system and is one of the largest contributors to non-recurring delay and increased crashes.  Road weather is the a multidisciplinary area involving transportation engineers and meteorologists who are working to mitigate the negative effects of weather on the operation and maintenance practices of transportation systems.  The talk covers the broad types of issues being studied in this field and looks at ways in which technology is playing a large part in the proposed solutions.  The issue of weather as a complicating factor in the use of connected and autonomous vehicle technologies  is also discussed.

Bio: Rhonda Young is an associate professor in the Department of Civil and Architectural Engineering at the University of Wyoming since 2002 and teaches graduate and undergraduate classes in Traffic Operations, Transportation Planning, Transportation Design and Traffic Safety.  She completed her master and PhD...

Topic: Airsage cell phone data and its application in travel modeling
Summary: As part of the initial phase of development for the Idaho Statewide Travel Demand Model, Parsons Brinckerhoff developed a base year auto and truck trip matrix using AirSage cell phone OD data, a statewide network in Cube, traffic counts, and origin-destination matrix estimation (ODME) procedures. To begin, the 4000+ statewide zone system was aggregated into a 700 super zone system for collecting the cell phone OD data. Next, the cell phone data was collected for the month of September 2013 for the following market segments: Average weekday resident HBW, HBO, NHB, and visitor NHB trips. The cell phone trips were then disaggregated to zones using each zone’s share of super zone population and employment. These initial trip matrices were assigned to the daily statewide network using free flow travel time for route impedance and iteratively adjusted to minimize the difference between the estimated link volumes and traffic counts by user class. 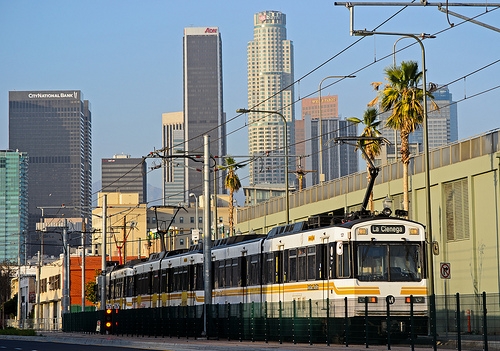 Summary: Access to a comprehensive historical archive of real-time, multi-modal multi-agency transportation system data has provided a unique opportunity to demonstrate how “big data” can be used for policy analysis, and to offer new insights for planning scholarship and practice. We illustrate with a case study of a new rail transit line. We use transit, freeway, and arterial data of high spatial and temporal resolution to examine transportation system performance impacts of the Exposition (Expo) light rail line (Phase 1) in Los Angeles. Using a quasi-experimental research design, we explore whether the Expo Line has had a significant impact on transit ridership, freeway traffic, and arterial traffic within the corridor it serves. Our results suggest a net increase in transit ridership, but few effects on traffic system performance. Given the latent travel demand in this heavily congested corridor, results are consistent with expectations. The benefits of rail transit investments are in increasing transit accessibility and person throughput within high-demand... 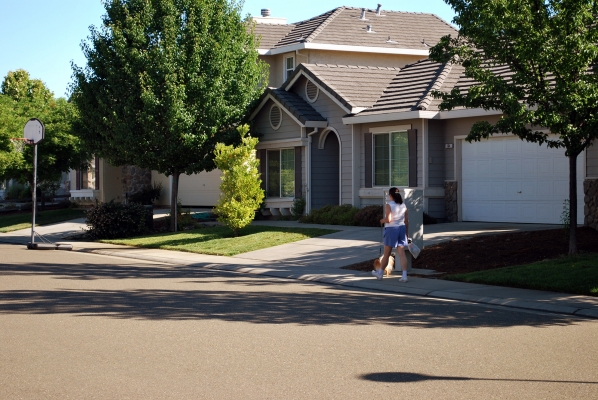 Understanding Where We Live and How We Travel

Topic: Understanding Where We Live and How We Travel: The Development of an Online Visual Survey Tool and Pilot Studies Evaluating Preferences in Residential Neighborhood Choice and Commute

Summary: Understanding changing residential preferences—especially as they are represented within land use and travel demand models—is fundamental to understanding the drivers of future housing, land use and transportation policies. As communities struggle to address a rising number of social challenges with increasing economic uncertainty, transportation and land use planning have become increasingly centered on assumptions concerning the market for residential environments and travel choices. In response, an added importance has been placed on the development of toolkits capable of providing a robust and flexible understanding of how differing assumptions contribute to a set of planning scenarios and impact future residential location decisions.

In this presentation, we discuss one such improvement that can be added to the transportation planning toolkit: an innovative visual online survey tool. This tool was developed to provide a means for...