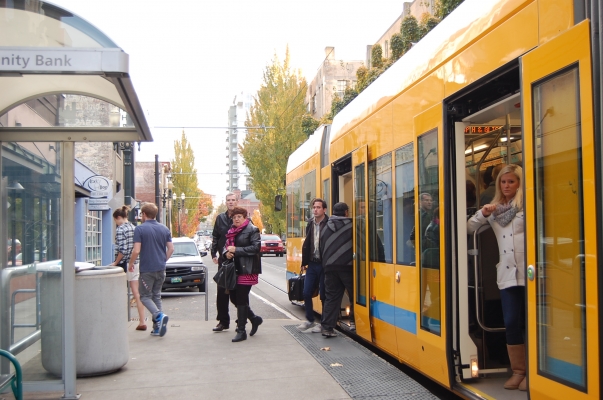 The Initiative for Bicycle and Pedestrian Innovation has received a gift to support an annual transportation lecture at Portland State University. The gift, which establishes the Ann Niles Transportation Lecture Endowment, was finalized last month.

Created by Philip Niles in memory of his late wife, Ann, the endowment will bring a speaker each year to address transportation and planning issues for students, faculty and the community. Ann Niles was a strong advocate for livable neighborhoods and served on many transportation-related boards and committees in Portland.

Ann Niles grew up in Grants Pass, Ore., and graduated from Reed College in Portland, where she met Philip. She earned a graduate degree in library science from the University of Minnesota and began her career at the Carleton College library.

Ann and Philip retired in 1999 and returned to Portland. Ann developed a second career in urban development and transportation and worked with the city of Portland and the Pearl District Neighborhood Association. She chaired the Pearl District Transportation Committee for eight years, promoting better sidewalks and crosswalks for pedestrians and better bicycle routes and parking throughout downtown Portland. Ann also represented the Pearl District on the Portland Streetcar Citizens Advisory Committee and the advisory committee for Portland’s transit mall revitalization.

Details on the lecture series,...