A new NITC report examines factors that predict whether a driver will comply with Oregon laws aimed at keeping pedestrians safe.

The research seeks to provide a better understanding of the tradeoffs between traffic mobility, transit performance and pedestrian access.

The first phase of Figliozzi’s research focused on how two advanced traffic control technologies work together. In this second phase, he zeroes in on pedestrian safety.

The report examines traffic and trajectory factors that explain whether a driver complies with Oregon law, which has strong pedestrian protections. In Oregon, drivers must stop for pedestrians as soon as they move onto the roadway in a crosswalk with the intent to proceed.

Oregon state law determines that there is a crosswalk at every intersection with or without a marked crosswalk. The state also requires that a driver, before crossing a crosswalk, stop and remain stopped for pedestrians until the pedestrians...

Bike-Specific Traffic Signals: A Preview of What's To Come

The Federal Highway Administration issued an interim approval for bike signals, based on the NITC project "Operational Guidance for Bicycle-Specific Traffic Signals." The project, selected in 2015 as one of AASHTO's "Sweet Sixteen" high-value research projects, has been widely cited and the research is instrumental in beginning to standardize the use and design of bicycle signals.

This video provides a look at what that means for jurisdictions in the United States: 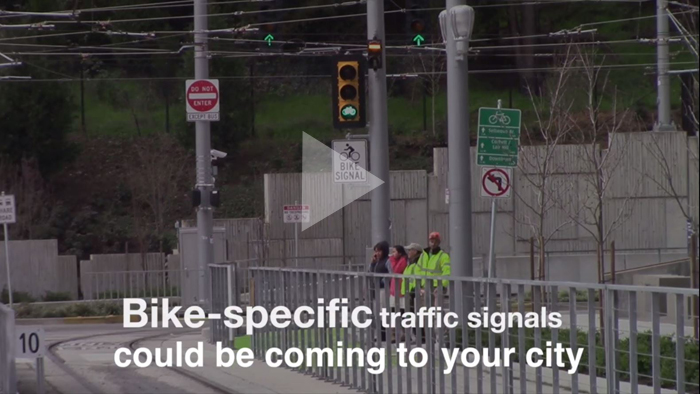 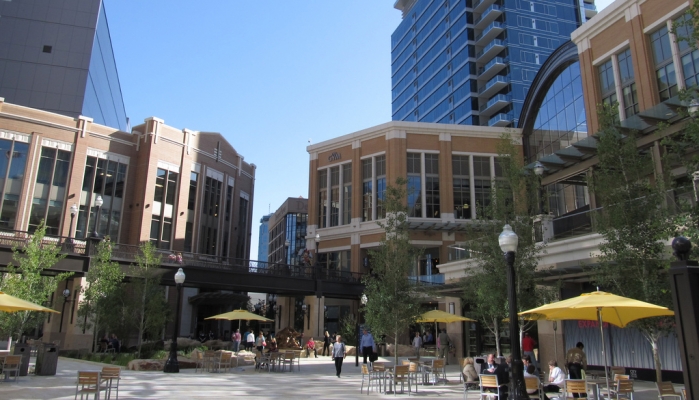 Mixed-use transit-oriented developments are one example of a metropolitan center, but high-density developments in suburban areas without transit also fit the definition.

Across the country, metropolitan planning organizations (MPOs) are steering cities toward this type of development for a variety of reasons.

Many of them are facing the same constraints: poor air quality and increased congestion without an increase in dollars to solve it. One response to the problem involves getting a better handle on land use.

“A lot of regions are paying attention to regional growth patterns. How do you do this at a regional scale when you don’t have the authority? What planners and MPOs are really facing is the question of how to support the adoption of these kinds of concepts,” Margerum said.

The goal of the study was to examine... 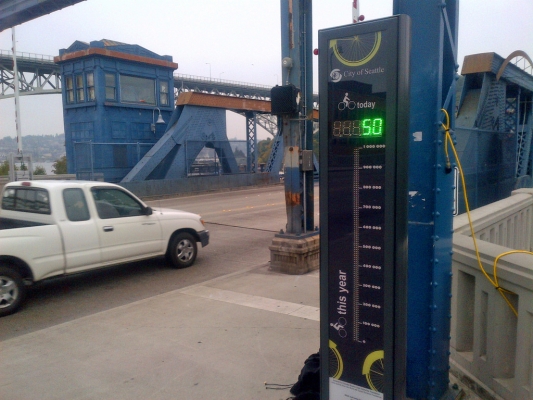 Vehicle miles traveled, or VMT, is a standard indicator of how many vehicles use a roadway system. A similar metric for bicycles and pedestrians is needed in order to achieve livability goals. Such data can inform decision-making, facility design and planning, and safety analysis.

The Washington State Pedestrian and Bicycle Miles Traveled Project was led by Krista Nordback, a former TREC research associate who is now a senior research associate at the University of North Carolina's Highway Safety Research Center.

When the project began in 2012, only one permanent count site existed in Washington, and it only counted bicycles. Nordback’s team contacted state officials to advise that more counters would be helpful; the state listened and installed more counters. Now there are more than a dozen permanent bicycle and pedestrian counters scattered throughout Washington. 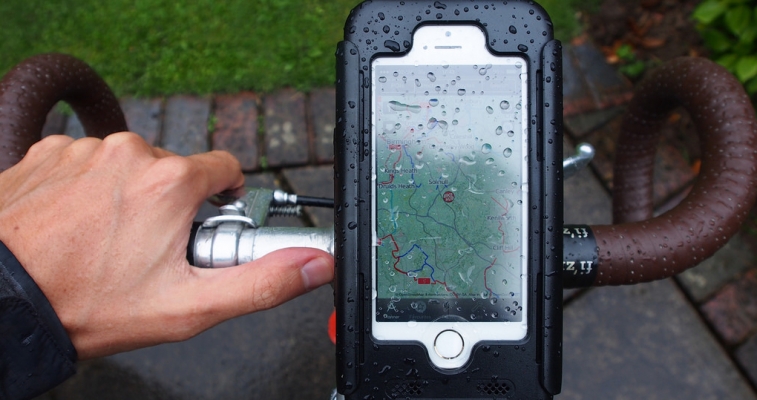 A new NITC report from the University of South Florida makes it easier than ever for cities to collect useful bike data.

Cities like Portland, Oregon, Atlanta and San Francisco have started using smartphone apps to learn how people are using their bicycle infrastructure. The data can help planners decide what designs or upgrades are needed for the bicycle network.

The NITC project Rapidly Expanding Mobile Apps for Crowd-sourcing Bike Data to New Cities takes this idea a step further by creating a proof-of-concept multi-region architecture that would allow cities to share the same set of mobile apps, rather than each city launching its own.

This would significantly reduce the cost of deploying the apps.

With it, rather than each city having to modify and deploy their own iOS or Android app, all that a city would need to do is set up a server specific to their geographic area.

Multimodal curriculum brings students and planners up to speed

The development of this curriculum, along with a freshly minted course in multimodal transportation, allowed the University of South Florida (USF) to begin offering a graduate certificate in sustainable transportation for the first time in the spring of 2016.

The certificate program is multi-disciplinary and draws students from various fields including planning, engineering and public administration.

These educational efforts are designed to meet the needs of a growing field. Multimodal planning—planning for walking, cycling and transit in addition to auto travel—is becoming increasingly prioritized as communities across the U.S. redefine their planning practices.

As with any fast-developing discipline, the state of the practice sometimes outpaces existing courses and training materials.

Led by Kristine Williams, the USF Center for Urban Transportation Research (CUTR) developed a set of training modules that can be used in university settings and also to help planners in the field stay on top of the latest developments.

“There are pieces of multimodal planning in different courses, but the state of the practice has really changed a lot. We wanted to...

The city of Portland is using research and expertise from TREC researchers to change how it calculates fees for new development. Developers pay the fees, called transportation system development charges, to offset some of the costs of providing transportation infrastructure.

The foundation for those fees has been cars: that is, how many car trips a development will generate. In December, the Portland City Council voted to instead use “person trips” as the basis for those fees.

Researchers Kelly Clifton and Kristina Currans have assembled an impressive portfolio of research projects on trip generation. Their research caught the attention of city officials, who brought Clifton and Currans in as consultants to help them rethink the way they assess new fees for development.

Their work found a receptive audience of practitioners at TREC’s flagship conference, the Transportation and Communities Summit, last fall. Clifton and Currans held a workshop on improving trip generation methods to better represent the mix of modes found in livable communities. That led to a collaboration with transportation consultants...

The problem? Biking is hard.

A new NITC report by John MacArthur of TREC offers a solution to that problem: e-bikes.

Researchers have put a lot of thought into ways to get more people riding bicycles by improving bicycle infrastructure, land use and public engagement. The efforts are largely due to concerns about congestion, climate change and public health.

Comparatively little research, however, has focused on the bicycle itself.

MacArthur and co-investigator Jennifer Dill teamed up with Drive Oregon, Metro and Kaiser Permanente Northwest to provide Kaiser employees with electric-assist bicycles (e-bikes) to use for a trial period of ten weeks. The goal was to see if e-bikes might help overcome some commonly cited barriers to cycling.

The study, Evaluation of Electric Bike Use at Three Kaiser Permanente NW Employment Centers in Portland Metro Region, took place in Portland, Oregon from April 2014 to September 2015. A total of 150 Kaiser employees participated in the study. Fewer than 10 percent of them...

A new NITC report offers a multimodal framework for transportation impact analysis – a welcome tool for professionals in many cities seeking more detailed data about non-drivers.

Improving Trip Generation Methods for Livable Communities, a research project headed by Kelly Clifton of Portland State University and Nico Larco of the University of Oregon, is the latest effort in an ongoing collaboration to create more open sourced, widely available data about non-motorized road users.

Over the last decades, cities have become more invested in fostering the conditions to support walking, biking and public transit.

Prior to a zoning change or new development, someone has to determine what its impact on the transportation system will be, and whether upgrades will be necessary to accommodate travelers to the new destination. Trip generation is the first step in the conventional transportation forecasting process.

Current trip generation methods used by engineers across the country tend to focus on motorized modes.

Without reliable trip generation rates for anyone but drivers, the transportation impact is difficult to predict. Certain land uses will draw far more walkers,...