Does living in a transit-oriented development (TOD) actually change the way people travel? That's the fundamental question that 15 years of research in Portland, Oregon seeks to answer.

Since 2005, Portland State University has worked with Portland’s Metro regional government to survey occupants of buildings for which developers had received funding from...

Bike Lanes Can Benefit Local Businesses (!), According to This Study 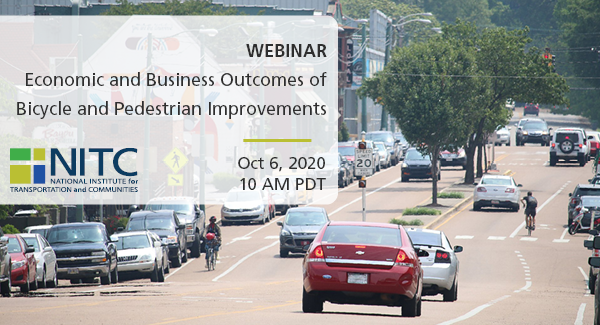 Webinar: Economic and Business Outcomes of Bicycle and Pedestrian Improvements

The National Street Improvements Study, conducted by PSU in conjunction with PeopleForBikes and consulting firm Bennett Midland, researched the economic effects of bicycle infrastructure on 14 corridors across six cities — Portland, Seattle, San Francisco, Memphis, Minneapolis and Indianapolis. The study found that improvements such as bicycle and pedestrian infrastructure had either positive or non-significant impacts on the local economy as measured through sales and employment. In this webinar, lead researcher Jenny Liu will share the results of the investigation and the unique methodology for investigating these economic outcomes.

This webinar is based on a study funded by the National Institute for Transportation and Communities (NITC) and the Summit Foundation, and conducted at Portland State University. Read more about the research: Bike Lanes Can Provide Positive Economic Impact in Cities.

Some riders can still use cash at ticket vending machines or at certain retail outlets, but for many, depending on where they live and which parts of the transit system they ride, this will be inconvenient. National data2 show clear disparities3 in access to alternatives to cash (credit and debit accounts) as well as the other tools needed to pay for things electronically (smartphones, cell data plans and internet at home and work). What these national data don't capture are the specific issues... 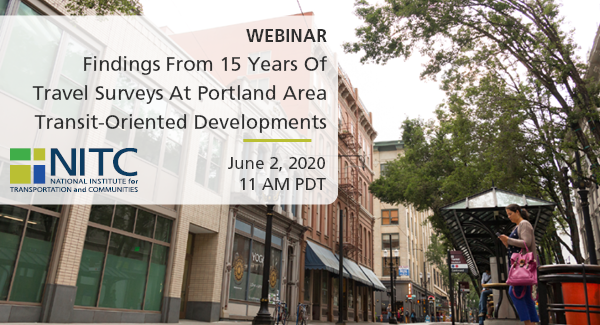 Since 2005, Portland State University has periodically surveyed occupants of recently developed  higher-density and mixed-use projects near transit, often referred to as Transit-Oriented Developments (TODs). The general objectives of the surveys were to better understand actual transit use, among other factors, of residents in these buildings. Between 2005 and 2018, the research team surveyed residents of nearly 50 TODs. With funding from Metro and the National Institute for Transportation and Communities, the research team carried out a two-pronged study drawing on this wealth of data. First, we explore geographic differences within the Portland region in terms of travel behavior and attitudes of TOD residents, including differences between TODs within the city of Portland, in eastside suburbs, and in westside suburbs. Second, we conducted a second wave of surveys for select TODs to understand if travel behavior or attitudes changed over time, particularly as neighborhoods surrounding the buildings were built up. In this webinar, we will present select findings from both aspects of the study. 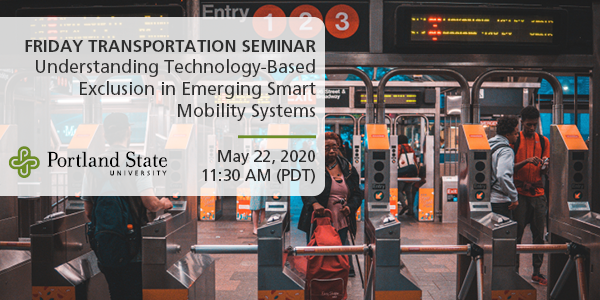 We are committed to making decisions that promote the success and well-being of our campus community. Like an increasing number of universities nationwide, Portland State is taking steps to respond to the global pandemic. Until further notice, all live events hosted by TREC will be online only.

Friday Transportation Seminars at Portland State University have been a tradition since 2000. You can join us online at 11:30 AM.

As transit agencies modernize their fare payment systems, opportunities to pay with cash are reduced. This speeds boarding and lowers the cost of operations while also creating new sources of ridership data. Arguably, service is improved for riders as well as payment systems could work across modes, creating...