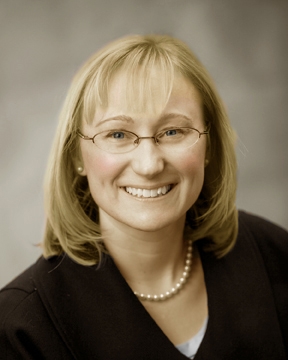 Oregon governors have had transportation advisers before. Lynn Peterson wants to be something different.

“I’ve always been a transportation advocate,” Peterson said. “But we talked about the need to integrate transportation with housing and economic development and land use.

Peterson brings a broad transportation policy background, having earned graduate degrees in both planning and engineering from Portland State University. She worked in transportation planning for both Metro and TriMet, as a transportation advocate for 1000 Friends of Oregon, and also served on the Lake Oswego City Council.

Peterson said she didn’t hesitate to step into a role that places her in the center of potentially contentious projects or between the governor and other agencies. She savors participating in the effort to bring high-speed rail to Oregon, for example.

“I see the opportunity to provide direction and potentially speed up the process,” Peterson said.

Leaders shouldn’t pull back on ambitious transportation plans just because money to complete the plans hasn’t been identified, she said. “There are a lot of opportunities with the existing resources, even though they’re financially constrained, to move forward with least-cost planning, practical design and value engineering.

“When there’s less money, that’s the time to plan,” Peterson said. “We have missed opportunities when there has been money on the table because we didn’t have a fully vetted plan.”

Peterson’s experience in local politics gives her the consensus-building background needed to bridge groups with different priorities. She’s starting to use that skill to find agreement between the Oregon Department of Transportation and local governments on highway access problems.

“It’s just a matter of balancing,” Peterson said. “One agency’s mission is to increase, or at least maintain the level of mobility. The other jurisdiction has the mission to promote healthy and vibrant communities.”

Peterson also wants to put real meaning behind the term “healthy” by using health impact assessments for major capital projects. Environmental impact statements “rarely talk about the health of people except in terms of emissions,” she said. “It’s never about an improvement in the connectivity of the pedestrian environment so people have more places to walk, with the impacts on obesity, cardio health and asthma rates.”

When the 2009 Legislature passed the Oregon Jobs and Transportation Act, it put the state on an exciting path, Peterson said, one she’s continuing down. “The coalition that passed those big ideas—congestion pricing, least-cost planning, practical design—understood that that was only half the list,” Peterson said. “The other half was non-highway: rail, marine, pedestrian and bicycle. We want to start that now after the (legislative) session.

“The livability side of the equation is a big question coming up,” she said. “And we’re taking the opportunity to look at new ways to push Oregon forward.”