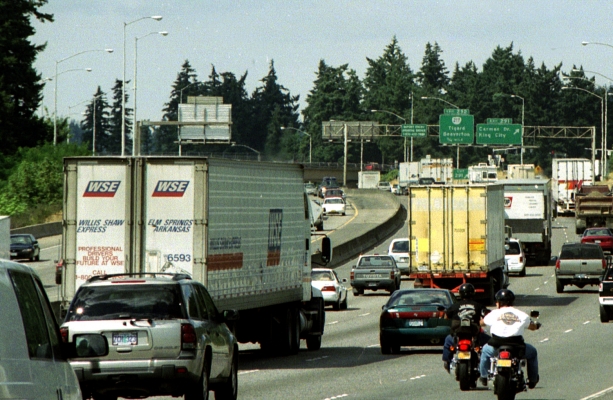 Cities seeking to limit driving can generally do so without fear of harming the economy, an OTREC report has found.

If a state sets a goal to reduce VMT or transportation emissions, it is reasonable to expect big urban areas to enact policies first, as they have the most emissions and the worst congestion. “The place it’s most obvious to do it is the metropolitan level,” McMullen said. “This is where the debate is right now and where a lot of (transportation) policy is made.”

However, when she controlled for factors that vary across urban areas—such as availability of transit, gas prices, population density, employment mix and the miles of road— this causal relationship was no longer observed in the Portland area. This demonstrates the need to look more closely at other factors that influence VMT and driving in each metropolitan area before trying to figure out the potential effects of VMT reduction policies.

Even using national data that included rural areas, the results show driving leading economic growth only when business cycles aren’t taken into account. Looking at data from 1929 to 2009, McMullen found that economic activity consistently preceded VMT, not the other way around.

“We tested this on the business cycle and it clearly showed that VMT leads economic activity only in the downward side of the cycle and the rest of the time you have the expected causal relationship,” she said.

This report should encourage those who support policies to limit driving, although policy makers need to proceed with caution. Although McMullen looked at some factors that allow for mobility even as driving drops, each new policy warrants a thorough local examination.

“If you have a VMT reduction policy in an area with no transit and long commute distances, it’s bound to have more of an impact on people than an area with shorter distances and more transit or bicycling,” McMullen said. “You have to be careful to look at your own metropolitan area to see how your characteristics differ.”