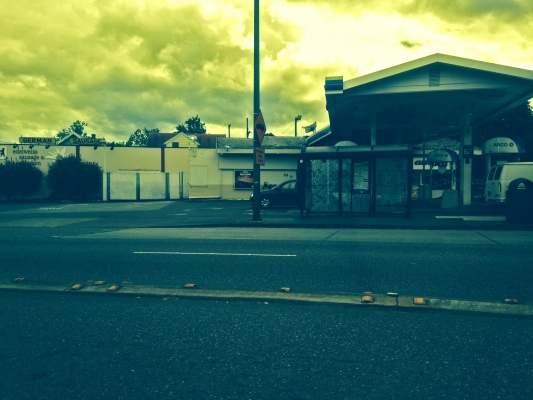 For example, in one scenario, a driver making a right turn to enter a road where there is a raised median (as opposed to a two-way left turn lane) can focus directly on approaching vehicles from the left.

Dixon’s team found that the raised center median in this scenario can result in shorter critical gap values for right-turn maneuvers out of driveways. “Critical gap” refers to the minimum gap between cars that drivers seeking to enter the roadway will accept.

Their findings also suggest that the presence of the median helps to reduce a variety of crashes associated with mid-block driveway locations, including sideswipe crashes.

The team used crash data, traffic data and roadway information from driveway locations in Oregon, Arkansas, and Oklahoma. They supplemented the data with digital videos acquired during field studies of the sites. The five sites in Oregon had bike lanes, while the two Arkansas sites and one Oklahoma site did not. The research team recommends future in-depth studies that individually focus on the influence of bicycle lanes at driveway locations.

Their focus was on the influence of crash severity and type, as well as the associated gap acceptance for turning maneuvers at mid-block driveway locations.

They used the traffic simulator to study “aligned” (directly across the street from each other) versus “staggered” driveway orientations, and found that corridors with staggered driveway placement experienced considerably greater delay per vehicle when compared to their aligned driveway counterparts.

For more details, visit the project page or download the final report.