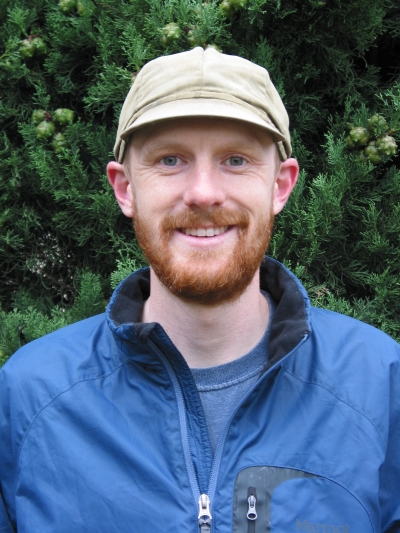 Today marks the final day of NITC program presentations at TRB. NITC campuses feature in six posters at 8:30 a.m. and one lectern session, at 8 a.m.

Portland State University doctoral student Joe Broach presents a portion of the work that makes up his dissertation at the 8:30 a.m. poster session, in Hall E of the convention center.

Through earlier work, Broach learned the distances cyclists will detour from the shortest path to, say, avoid stop signs or use an off-road path. But that work said little about whether a person was likely to use a bicycle for that trip at all.

That earlier work helped Broach get a sense of actual routes people might bicycle or walk along. For this research, he took that one step further, determining if the features of those routes influenced the decision to walk or bike at all.

Broach said he pursued the mode-choice-model approach after the route-choice models alone left some questions unanswered, particularly those of the cycling gender gap. Bike boulevards, the low-traffic neighborhood streets that prioritize cyclists, attracted male and female riders at about the same rates, for example.

But the question wasn’t whether women who had made the choice to bicycle would take bike boulevards. Rather, it was whether a lack of bike boulevards would make women less likely to use a bike at all.

There, the gender gap was evident. “In the mode-choice piece, it was influential for women but not men,” Broach said.

“Facing an identical trip, we see this gap,” he said. “We didn’t see a preference in route choice, but we see it in mode choice.”

The gender gap also appears in regards to other bike facilities. On moderate-traffic streets, the presence of a bike lane was more important for women’s decision to bike than men’s.

Joanna Ganning of the University of Utah presents research project behind yesterday's bus rapid transit forum. Her poster, "Effects of Bus Rapid Transit on Sectoral Employment Change in the United States, 2000-2010," was featured in our TRB preview coverage.
Jennifer Dill, Patrick Singleton and Steven Gehrke of Portland State also present in the same poster session, as does Nikhil Menon of University of South Florida. Keller Rose of Portland State has the lectern session, at 8 a.m. in Room 156.