Shared space is a traffic calming technique as well as urban design concept. Also known as ‘Naked Streets’, this technique strives to fully integrate the roadway into the urban fabric by removing elements such as lane markings, curbs, and traffic signs. By removing these elements and creating a more plaza-like space, these spaces become ambiguous and no user group has priority. The technique is relatively new, and the majority of existing research concerns pedestrians only.

This study focused on intersections in England with the goal of understanding how bicycle riders perceive and travel through shared space intersections.

Using video observations, this research analyzed the variations in the paths cyclists rode through the intersections and collected data on several variables related to both the cyclists and their interactions with the site itself such as helmet use and riding through crosswalks.

The analysis indicated that cyclists rode similarly through both shared and control intersections, and that a large percentage of riders preferred to ride farther from motor vehicles when given the space to do so. This project offered further insight in how to best design shared space projects for nonmotorized users by looking at the spatial layout and the elements that most influenced a rider’s path choice. 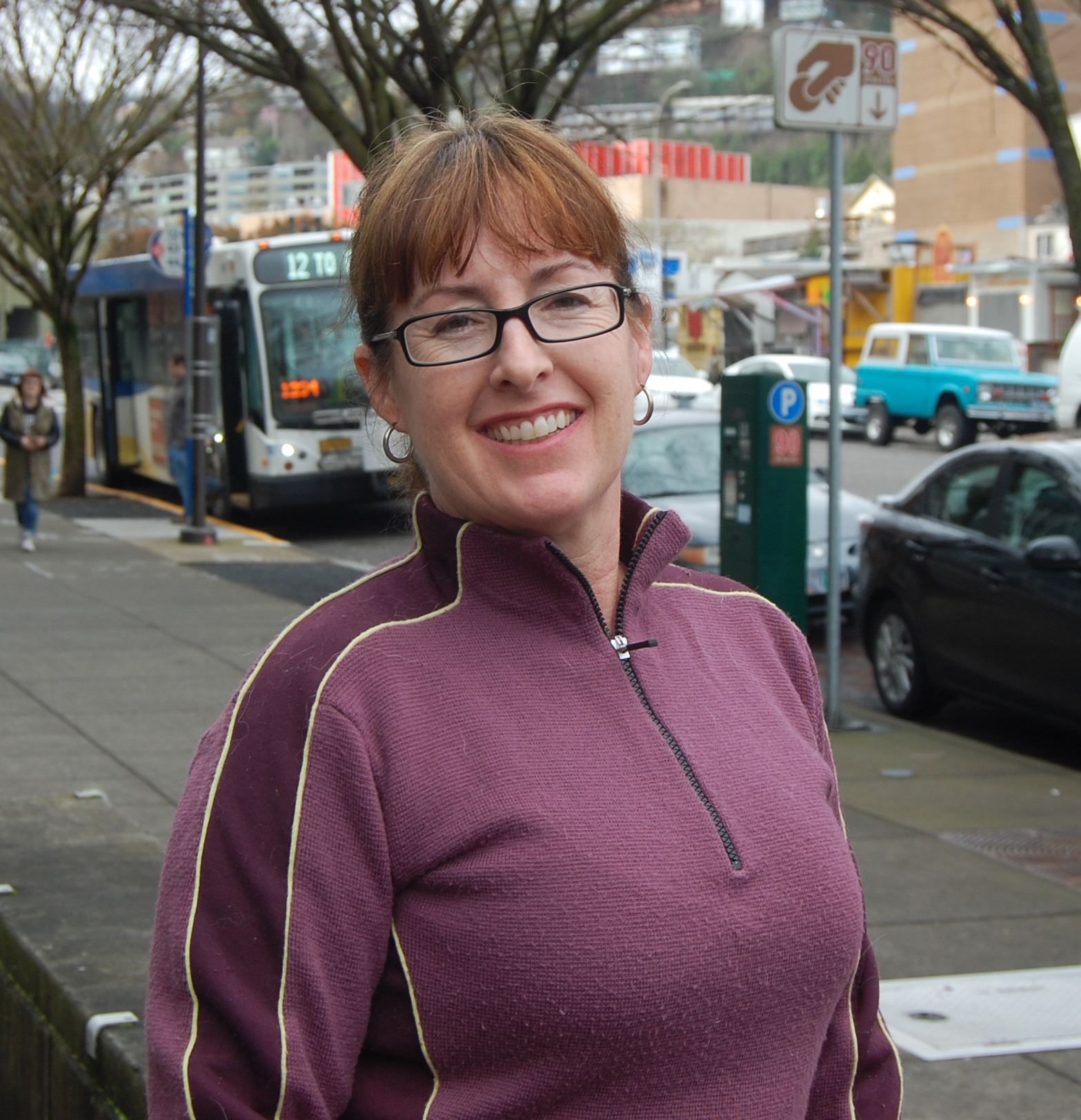 Allison Duncan is a Ph.D. candidate in Urban Studies & Planning at Portland State University. Prior to enrolling at Portland State, Allison worked in landscape architecture and planning in Tucson, Arizona. She is passionate about bicycles and is interested in how road design can influence nonmotorized transportation use and safety.
Projects:
Shared Space and Bicyclists
Researchers:
Allison Duncan