Although an increasing number of separated bicycle facilities have been appearing across the US over the last few years, the majority of bicyclists are still traveling on roadways shared with motorized vehicles.

As a result, bicycles are essentially double exposed to safety risk, due to their interactions with both motorized vehicles and other bicycles. In addition to this double exposure, data challenges–such as a lack of continuous counts and bicycle crash data—complicate the assessment of bicycle safety further.

This research presents a bicycle crash analysis framework for estimating bicycle crash rates accounting for both bicycle and motorized vehicle exposure as well as overcoming the lack of bicycle count data.

The proposed sinusoidal model has been developed and validated using bicycle count data from a total of 47 permanent bicycle counters in six cities and four bike-sharing systems in North America.

Next, a corridor-based crash and AADB assignment is performed to relate crash with volume data. These data are then used in parallel with motorized vehicle counts in a crash rate equation that accounts for exposure of bicyclists to both vehicles and other bicyclists.

Results show that the proposed “double exposure” crash rate for bicyclists unveils high risk locations for bicyclists that would have been obscured by the high vehicle volumes if the typical crash rate per AADT or AADB were used. 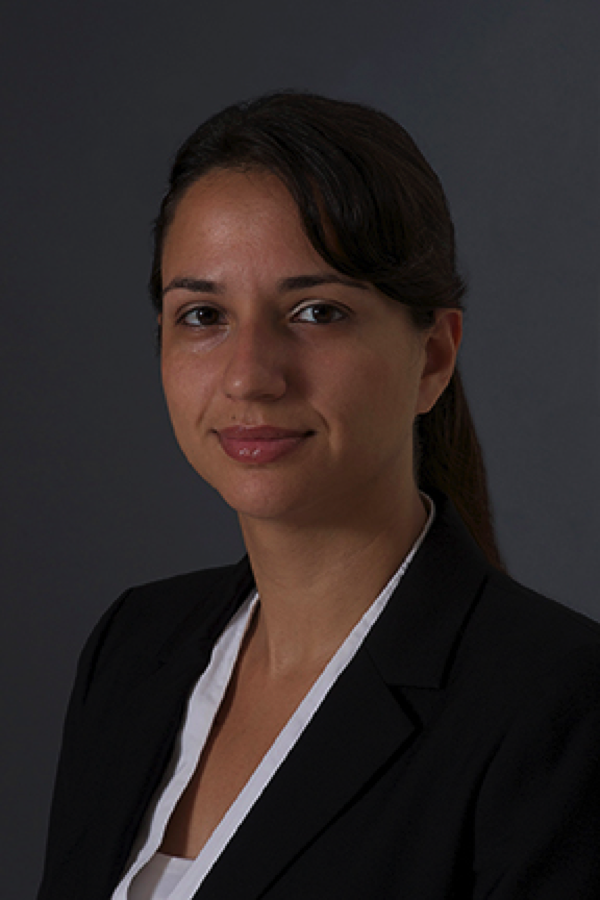 Dr. Eleni Christofa is an assistant professor of civil and environmental engineering at UMass Amherst. Her research interests focus primarily on traffic operations and signal control, public transportation, and safety for non-motorized users. Her research has focused on the development of sustainable management strategies and geometric design that improve person mobility, air quality, and safety in urban multimodal transportation systems. Dr. Christofa is a member of the Transportation Research Board (TRB) Task Force on Arterials and Public Health, and a member and paper review coordinator of the TRB Traffic Signal Systems Committee. She is the author and coauthor of more than 40 technical papers in scientific journals and conference proceedings. She was recently named the 2017 Transportation Research Board Outstanding Young Member. Dr. Christofa received her PhD and Masters in Civil and Environmental Engineering from the University of California, Berkeley. She also holds a Diploma in Civil Engineering from the National Technical University of Athens, Greece.