Research helps untangle how we choose where to live 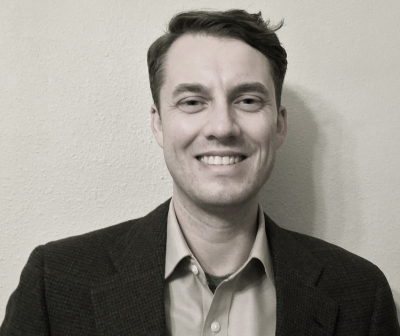 Steven Gehrke presents research on how transportation, urban form and housing characteristics shape decisions on where to live Wednesday, Jan. 13 at the annual meeting of the Transportation Research Board in Washington, D.C.

Planners and policymakers make decisions that shape neighborhoods based on the best data they have. Unfortunately, when it comes to predicting where people want to live, those data give an incomplete or inaccurate picture.

Behavioral models often rely on basic socioeconomic data such as household size, income and age. But deciding where to live depends on attitudes toward a tangled mix of transportation, urban form and housing characteristics. A NITC project helped untangle these decisions by creating a framework to understand neighborhood preference.

Steven Gehrke presents some of this project’s research findings Wednesday, Jan. 13 at the annual meeting of the Transportation Research Board in Washington, D.C.

A team led by Kelly Clifton, with Gehrke and Kristina Currans, designed survey techniques that give a clearer picture of the decision-making process. Their work is detailed in the NITC report “Understanding Market Segments for Current and Future Residential Location and Travel Choices.”

Gehrke’s TRB paper details one piece of that research project. The research team presented respondents a series of images representing neighborhood types, such as suburban or central business district, and text descriptions of neighborhood attributes. Respondents rated the importance of each neighborhood attribute, such as having dedicated parking at home, walking to nearby places and having a 25-minute-or-less commute, then selected a preferred neighborhood.

The researchers came up with two key factors to understanding the type of place people prefer to live: single-family dwelling and non-automotive access. The paper outlines a continuum of neighborhood preference based on the importance respondents placed on each of these two factors.

The two factors did a better job illuminating neighborhood preference than do socioeconomic measures alone, Gehrke said in an interview. “These constructs capture some of the variation you can’t get with household size, income or age,” he said.

Two households that look the same by those measures can have wildly different housing preferences, Gehrke said. “You can’t really get at those unless you ask these nuanced questions.”

Demographic details alone can lead planners and policymakers astray. Using a hypothetical household, Gehrke said “if you didn’t know and you looked at one, you’d say ‘large household size and low income, you’re going to live in the suburbs, where the cost of housing won’t bury you.’”

But that family may place the greatest value on walking to the bus and other urban services. Gehrke’s own close-in North Portland neighborhood might be a better fit. “There, you have to sacrifice by having smaller home but you have a wealth of travel options available to you,” he said.

Understanding those tradeoffs can inform not just behavioral modelers but land-use and transportation planning and funding decisions and even developers and retailers, Gehrke said. The redevelopment of Portland’s rapidly urbanizing Division Street serves as one example.

“What market segment are we going to attract to that area? Will we get families there or do they just want single-family homes? Who will we attract with the neighborhood stock?” These questions determine whether neighborhoods succeed or fail.

“When thinking about the variation of households in a region,” Gehrke said, “it’s important to get at these lifestyle measures instead of just the life-cycle measures.”

The paper, TRB No. 16-0016, is titled “The Importance of Housing, Accessibility and Transportation Characteristic Ratings on Stated Neighborhood Preference.” The research team will present its findings in a poster session from 8:30 to 10:15 a.m. Jan. 13 at Hall E of the Walter E. Washington Convention Center.