TOD Offers Path Away from Gentrification 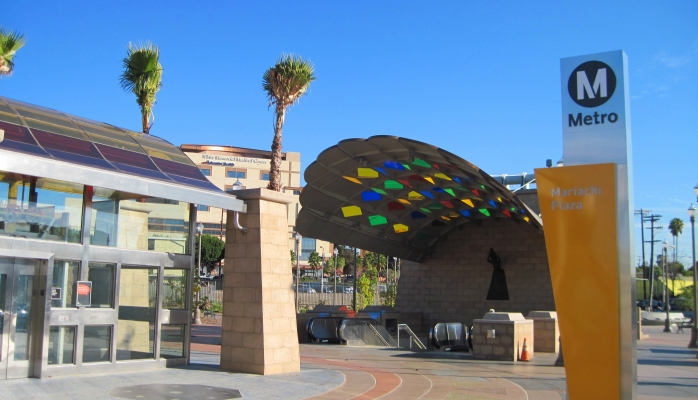 Gentrification is a common, and deeply controversial, outcome of urban development.

It's usually the same story: investments in new infrastructure draw the affluent, causing market forces to displace lower-income residents. Neighborhoods become renovated, and the people who once defined the neighborhood can no longer afford to live there.

NITC researcher Gerardo Sandoval shows in his latest project that it doesn’t have to be that way. With the right level of community input, transit-oriented development has the potential to bring needed services to low-income residents while revitalizing their neighborhoods.

Sandoval, an associate professor of planning, public policy and management at the University of Oregon, demonstrates in numerous case studies how transit-oriented development, or TOD, can modernize and improve neighborhoods without driving residents out. His research focuses on Latino immigrant communities in California. Through the examination of these case studies, Sandoval hopes to provide a model for planners and agencies to create equitable TODs.

He found that with the participation of community leaders and activists, the MacArthur Park and Fruitvale TOD projects were able to catalyze economic growth and enhance the Latino immigrant neighborhoods that were already in place.

Rather than displacing residents, these TODs connected residents with more services and helped local businesses to thrive.

“I wanted to try to go into different communities to understand if the process was similar,” Sandoval said.

The various forms of social, political and cultural capital that exist in the neighborhoods can be the biggest asset. By making use of such capital, planners, residents and activists can transform TOD projects into a major source of community benefits.

In Boyle Heights, for example, the community and planners invested in creating a culturally relevant public space as a way to spur vibrancy in the neighborhood. Mariachi Plaza is now a key location where Latino cultural celebrations and festivals occur, and is also contributing to the emerging economy on nearby First Street, attracting more tourists and shoppers to the neighborhood.

The TOD in Logan Heights evokes cultural elements of the barrio, and incorporates public art from Chicano Park muralists throughout the apartments and storefronts. The Latino supermarket in the neighborhood ensures access to food for residents of the affordable housing development.

By allowing a neighborhood's own cultural capital to become an essential feature of its renaissance, planners take an important step away from the kind of top-down planning models which often lead to gentrification.

“The secret ingredient is community support. You really need the community buy-in. You have to build trust, and that takes time. Every one of these case studies, that’s what they’ve done. Community-based organizations have been important partners to the transportation agencies and the city planning departments,” Sandoval said.

The new case studies reinforce findings from the first report: TODs can make important contributions toward improving low-income neighborhoods, but the key to an equitable outcome is the role of community residents in authentically guiding the development process.

“If you’re going to invest all this money in infrastructure and you want the community to benefit from this, you have to be open to the community’s participation and in fact give them power to influence and shape the TOD. It's just common sense,"” Sandoval said.

For an in-depth look at the case studies, download the final report.