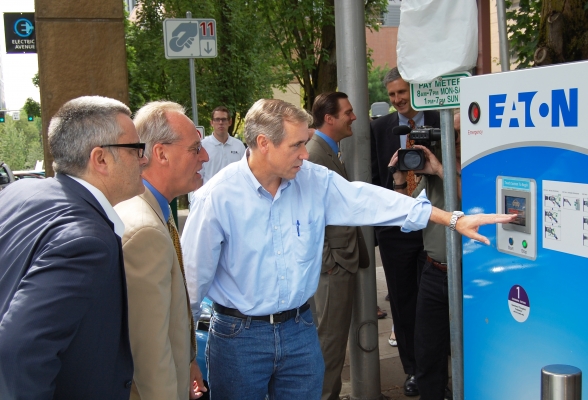 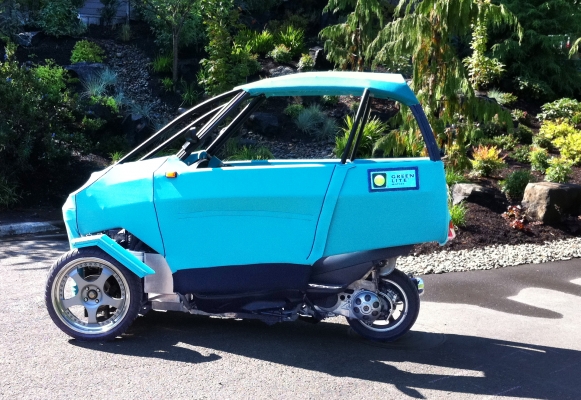 Although researchers can adapt some of the auto industry’s testing methods, others don’t apply very well for such an unusual vehicle, said Oregon Tech Associate Professor James Long, the project’s principal investigator. “There aren’t many vehicles out there of this type, so we’ll be... 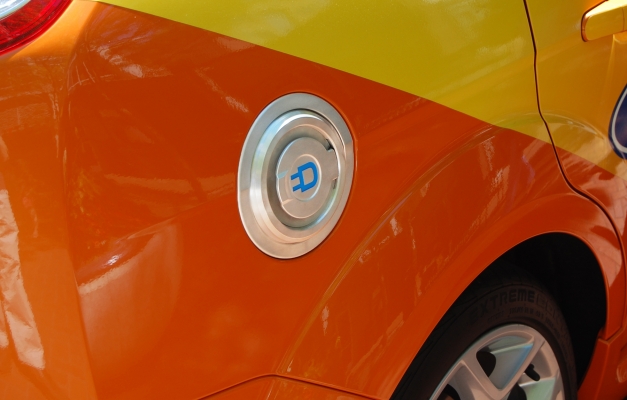 China also promotes private adoption of EVs by offering a national subsidy based on the battery size. As of October 2010, only 2,000 vehicles had been sold through this... 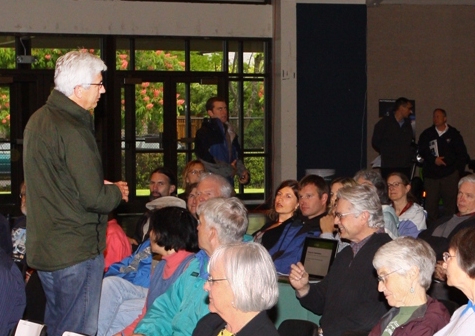 For a technology that doesn’t require foreign oil, the fate of electric vehicles is intertwined with the oil cartels, Beard said. The... 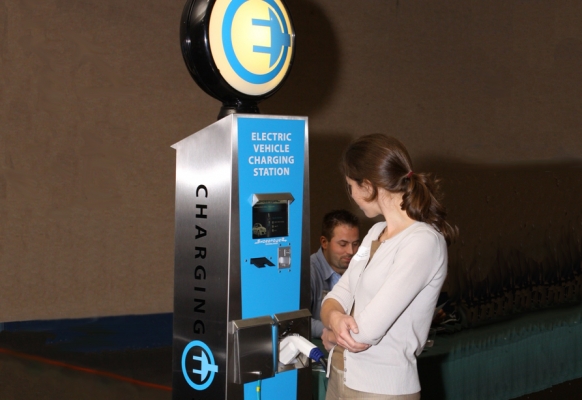 Eugene area prepares for electric vehicles on a large scale

By 2020, the Eugene-Springfield area could have 15,000 electric vehicles on the road. In March, regional leaders took a big step toward making sure their communities will be ready.

The Eugene Water and Electric Board (EWEB), University of Oregon’s Community Service Center and the city of Eugene hosted a forum March 30 to discuss the future of electric vehicles. A culmination of a yearlong OTREC-funded project to assess the implications of electric vehicles, the forum identified and analyzed key issues and opportunities for Eugene-Springfield.The event brought together over 30 invited representatives of the city of Eugene, Lane County, local industry and other interested partners to hear three perspectives on the issue.

Speaking at the event were:

The forum covered key industry developments and regional initiatives, and offered insights into potential impacts to local agencies and potential consumers. EWEB and the City of Eugene are planning for the infrastructure to support the charging of between 12,000 and 15,000 electric vehicles.

In a few months, the city of Eugene hopes to have several public electric car charging stations... 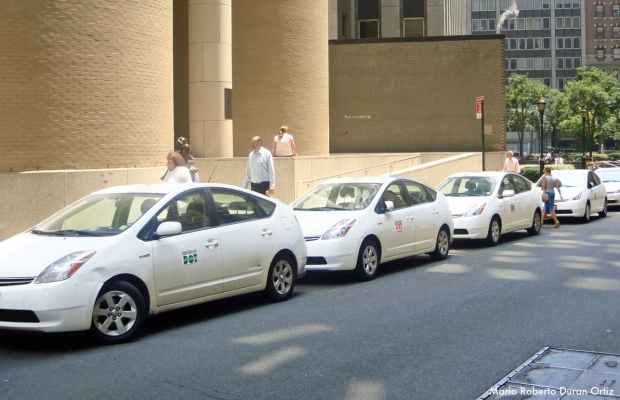 In the paper, set for publication in the Transportation Research Record, Figliozzi presents a vehicle replacement model that compares the benefits of conventional and electric vehicles under various scenarios. Incorporating electric vehicles makes the most sense for heavily used fleets when gasoline prices are high, assuming electric vehicle tax credits continue.

Until their purchase price drops, electric vehicles won’t make financial sense for fleet managers without some incentives. “Tax credits are important, especially at the beginning, given the higher price of EVs,” Figliozzi said. “The federal tax credit is roughly 20 percent of the (Nissan) Leaf’s list price and it makes a difference.”

The model presented in the paper shows that fleets will start to include a few electric vehicles with gas at $4.10 per gallon, assuming the existing tax credits. In... 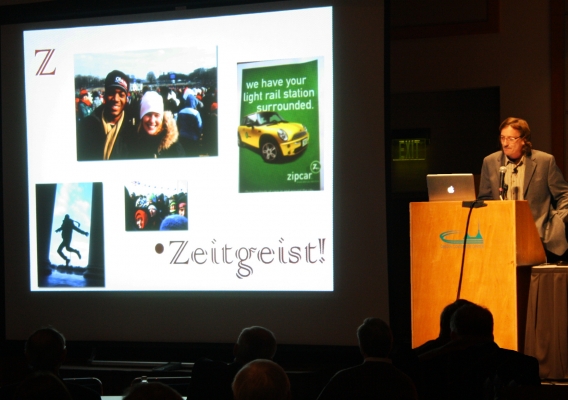 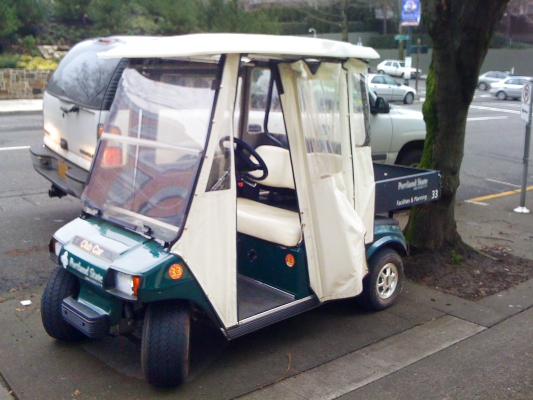 Use of small electric vehicles is spreading from gated communities and college campuses onto city streets and even state highways. But should these vehicles share the road with heavier, faster ones?

In many situations, concluded Oregon State University researcher Kate Hunter-Zaworski, the answer is “no.” Hunter-Zaworski examined the vehicles, called neighborhood electric vehicles or low-speed electric vehicles in this OTREC project, co-sponsored by the Oregon Department of Transportation. Oregon regulations should limit the vehicles to roads with a speed limit of 25 mph and only allow them to cross faster roads at four-ways stops or traffic lights, she found.

Because neighborhood electric vehicles often look more like passenger cars than golf carts, their drivers and other road users might think they’re just as safe. But governments don’t classify neighborhood electric vehicles as passenger cars, and they aren’t subject to the same safety regulations. As a result, Hunter-Zaworski stresses the need to educate users about the risks.

Reposted from the website Revenge of the Electric Car:

In the 2006 film, Who Killed the Electric Car? nearly 5,000 pure electric cars were collected and destroyed by GM, Ford, Toyota, Honda, Nissan, and many others despite the efforts of activists to save them. Five years later, electric cars are back… with a vengeance. Revenge of the Electric Car is the new documentary from director Chris Paine — who took his film crew around the world to chronicle the resurgence of electric cars. From backyard mechanics converting Porsches to electrics, to the multi-million dollar Silicon Valley startup Tesla Motors, to deep behind closed doors at two of the world’s biggest car makers; Revenge of the Electric Car tells the electrifying story of the race to bring EVs back from the dead — just as the perils of the oil age are the deepest they’ve ever been. Check out the website to learn more about the new documentary in the works!

Science Friday Discussion of the Volt vs. LEAF

On NPR's Science Friday today Ira Flatow talked about the Chevrolet Volt and the Nissan LEAF, comparing and contrasting the two soon-to-be-released vehicles.  Phil Ross (editor at IEEE Spectrum) joined him in the studio as well as Nick Perry from Nissan and Tony Posawatz from the Chevrolet.

Ira Flatow asks, is the wait for EVs over?  Would you buy one?  Are they safe? How long do you have to wait to get one? What kind of plug-in do you want to see?

Nationally, for the demand for these vehicles as reported by Nick Perry & Tony Posawatz:

The show also responded to the concerns of many different callers on the expected topics: