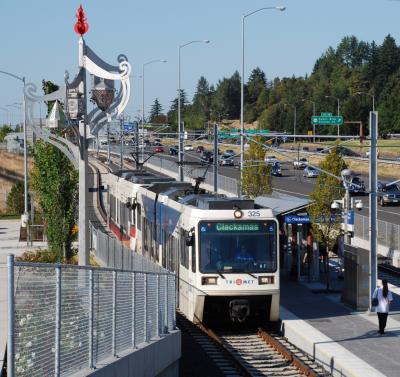 Summary: The Federal Transit Administration's (FTA) discretionary New Starts program is the federal government's largest discretionary funding program. From heavy to light rail, from commuter rail to bus rapid transit systems, the FTA's New Starts program has helped to make possible hundreds of new or extended transit fixed guideway systems across the country, including most of TriMet’s light rail extensions and WES commuter rail. Beginning in 2001, FTA has required project sponsors to prepare a Before and After Study report on the effectiveness of planning and implementation of New Starts and Small Starts projects. The studies focus on five transit characteristics – project scope, capital costs, operating and maintenance costs, service levels, and ridership behavior – and compares these characteristics at various planning milestones, as well as before and after implementation of the project.

TriMet, in conjunction with FTA, has completed or nearly completed Before and After Study reports for three projects – Interstate MAX, WES Commuter Rail, and the Green Line – and is in the process of working on two more. This presentation will briefly describe the federal New Starts program, FTA requirements for Before and After Studies, summarize findings from the three TriMet studies and provide comparisons with other completed New Starts projects across the U.S.

Bio: Joe Recker has worked within TriMet’s Capital Projects Division for over seven years, originally as a transit planner and currently as the environmental permits coordinator. He has worked on every planning and implementation phase of major transit capital projects, from conceptual planning, alternatives analysis and travel forecasting to project permitting and close-out. Joe has a BA in Geography from California State University Long Beach and a Master of Urban and Regional Planning from PSU (Class of 07’). Joe Recker has previously worked as a land use planner for the City of Long Beach, California.