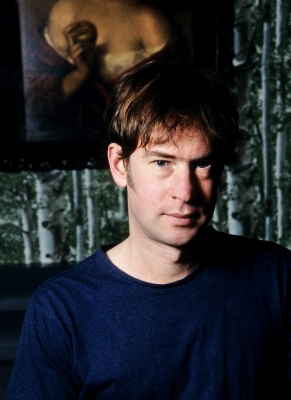 At age 8, Taras Grescoe decided that his Vancouver, B.C., residential street had too many cars chugging past. So he removed them.

“I completely redesigned our city block and modeled with Monopoly hotels what it would look like without cars,” Grescoe said. “I was this 8-year-old urban planning geek in the making.”

While his career took a different path, those early transportation experiences shaped a worldview Grescoe outlines in his latest book, “Straphanger.” Grescoe will present his observations as the keynote speaker for the Oregon Transportation Summit Sept. 16.

Register for the summit through the following link:
http://otrec.us/events/subpage/OTS/page1

The author of nonfiction essays and books including “Bottomfeeder: How to Eat Ethically in a World of Vanishing Seafood” Grescoe is a frequent contributor to the New York Times, the Independent and National Geographic Traveler and has written for Gourmet, Salon and Wired.

If moving from a walkable neighborhood in Toronto to a car-dominated one in Vancouver first awakened Grescoe to how transportation shapes our cities, his car-free travels to cities across the world cement the thesis of “Straphanger”: Cars nearly killed our greatest cities but transit can help bring them back.

Grescoe details the loss of urban public space as cities that formed around streetcars and transit lines gradually grew to serve automobiles. “The car, especially in the postwar years, was the thing that really turned North American cities,” he said. “Every time you get in a car, you are turning your back on the public realm.

“You subtly undermine the quality of life in the city when you opt for private transportation.”

This debasement of public space is not the worst effect of car culture, however, Grescoe said. “There’s a huge climate change catastrophe, and the biggest issue is reducing the amount of carbon we’re spewing out.”

That’s one reason Grescoe rides a bike as often as he takes transit. He doesn’t include bicycles in his reckoning of public versus private transportation. “Bikes contribute to the public realm and they’re extraordinarily good for commerce,” he said. “I’m not saying we should all be in the same boat or the same bus or transit vehicle. I’m talking about being together on the street or in the public space, and bikes really do help.”

While subpar transportation systems have weakened our cities, Grescoe said, he’s encouraged by the potential of transportation, done right, to reverse that trend. “There’s a strong case for the fact that a generational change is coming on,” he said, “especially with the millennial generation being more comfortable with city centers and the retiring Baby Boomer generation downsizing. There’s more interest in transit and less stigma attached to it.”?

Change comes slowly, however, and solutions look different in different areas. “I don’t believe we can only focus on Brooklyn or Montreal,” where Grescoe lives. “We need to find a solution for the built form, for densification of suburbs. We’re well-advised to bringing alternatives to the automobile.”

Frequent, reliable transit helps, Grescoe said. And you don’t need the shiniest new monorail to get people to ride. “I’d rather have a frequent bus network than a sexy transit vehicle that runs every half hour. It’s just a bonus when you can have a European-style or Portland-style streetcar that’s comfortable and clean and air conditioned.”

While transportation investments often face tough political battles, change will come because it has to, Grescoe said. The world’s urban areas can’t keep pace with growth if everyone drives everywhere. “The future of the planet is urban. We’re going to have to rethink how we get around cities in the future, because all the cars aren’t going to fit anymore.”

More information on Grescoe is at:
http://www.tarasgrescoe.com/straphanger/writer.html

More information on the Oregon Transportation Summit is at:
http://otrec.us/events/special/OTS