The Oregon Transportation Research and Education Consortium held the West’s first listening session Wednesday under the Sustainable Communities Partnership, the effort to get federal agencies working together on green transportation and housing projects. Regional administrators from the Department of Transportation, the Department of Housing and Urban Development and the Environmental Protection Agency met with local, regional and state leaders for open-ended discussions on building sustainable communities.

More than 150 people attended the daylong Oregon Community Dialogue at Willamette University  in Salem, organized by OTREC and facilitated by the National Policy Consensus Center. In one-on-one interviews, participants brainstormed the barriers to sustainable communities, the existing opportunities to work together and actions they could take to take to make their own communities more sustainable. They also discussed what they could accomplish if agencies did a better job of working together to pay for projects.

The discussions produced the following insights:

The Miller award will provide OTREC with the funding to develop a Transportation Sustainability Roadmap for Oregon. This roadmap will guide research, education and partnership initiatives, establishing the foundation for creating sustainable transportation research, education, and community engagement activities. The project will build momentum on a number of efforts currently underway including OTREC’s participation in the Oregon Environmental Council (OEC) workshop for transportation professionals to reduce greenhouse gas emissions and involvement in the development of the Best Practices Manual for a ìClean, Green and Smartî West Coast transportation corridor system and other national efforts through the U.S. Department of Transportation. This project will leverage the expertise of staff and partner faculty researchers in order to develop a more focused approach to sustainable transportation.

Developing a Sustainability Program for ODOT

If You're Not Part of the Solution, You're Part of the Problem: The Planner's Role in Meeting the Transportation Needs of An Aging Society. 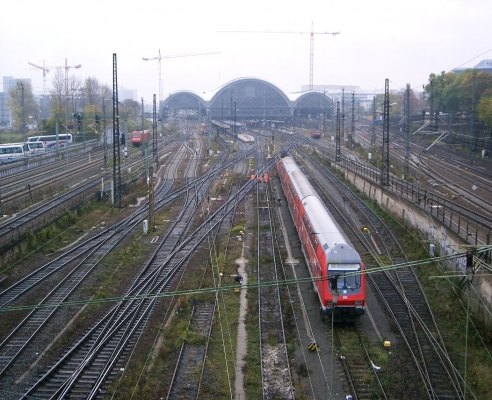 The Power and Value of 'Green' in Promoting Sustainable Travel Behaviors

A major aspect of transportation planning is understanding behavior: how to predict it and how to influence it over the long term. Transportation models typically emphasize policy variables such as travel time and cost. While clearly important, we hypothesize that other variables may be just as influential, namely, variables related to environmental consequences such as greenhouse gas emissions. This work is motivated by several factors. First, there is evidence from behavioral economics in non-transport domains that providing personalized information regarding environmental impact can significantly modify behavior. Second, applications to transport appear to have potential as many studies find that environmental consciousness influences transport behavior. Third, there are a growing number of transportation websites that are reporting environmental savings. Finally, smartphones provide the technological means to provide real-time, person-specific travel information regarding trip times, costs, and environmental impacts. Results from a computer laboratory experiment will be presented, which indicate that providing informing regarding environmental impacts significantly increases sustainable behaviors. Further, the experiments suggest a “value of green” of around 44-84 cents per pound of CO2 savings.