The National Institute for Transportation and Communities (NITC) program has released its 2018 general research request for proposals. Faculty at NITC's partner universities* are invited to submit abstracts by April 2, 2018.

Through funding provided by the U.S. DOT, we will award at least $1 million under our general research grant in 2018 for projects that support NITC’s theme: improving mobility of people and goods to build strong communities. Our theme includes a few key topics:

Research projects must focus on transportation, with additional consideration given to projects that emphasize equity and diversity in their research and partnerships. We’re seeking projects that demonstrate a strong potential to move transportation research into practice, shape national and international conversations, and respond to the needs of practitioners and policymakers.

Priority is given to projects that are collaborative, multidisciplinary, multi-campus, and support the development of untenured-tenure-track transportation faculty. 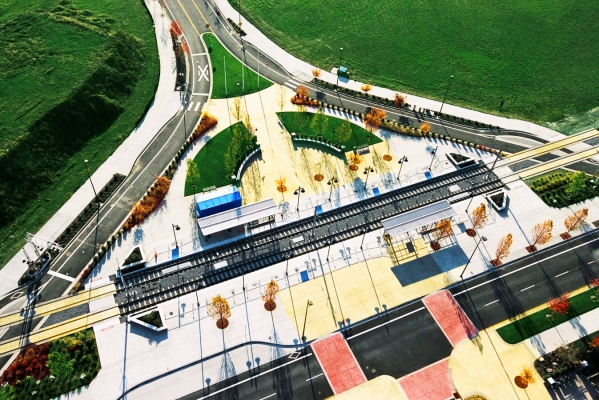 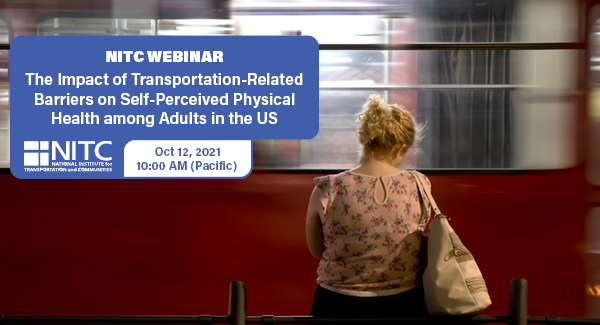 Webinar: The Impact of Transportation-Related Barriers on Self-Perceived Physical Health among Adults in the US

Drawing from the framework of social determinants of health, the objective of this study is to investigate the cross-sectional association between transportation-related factors and self-perceived physical health among adults in the U.S.

Data for this study were derived from the 2017 National Household Travel Survey. An analytic sample of 71,235 respondents aged 18 and 64 years was analyzed using binary logistic regression. Of the 71,235 respondents examined, 8.9% perceived their physical health to be poor. About 36% of the respondents had fewer vehicles per individuals in the household. 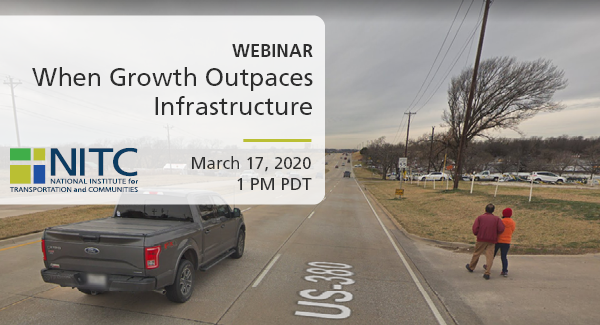 This study used a community-engaged interdisciplinary approach to assess the gaps between economic growth and transportation infrastructure development, and the impact of potential gaps on access to opportunities for environmental justice populations within North Central Texas, where population growth has increased over 100% since 2000.

The interdisciplinary team, comprised of social work and civil engineering researchers, in partnership with the regional homeless coalition, measured residents’ perspectives of:

The team utilized a mixed-methods (focus groups and survey data), exploratory design to collect responses from a diverse sampling frame. The study results produced an infrastructure profile for the region, in which increased infrastructure from toll ways have... 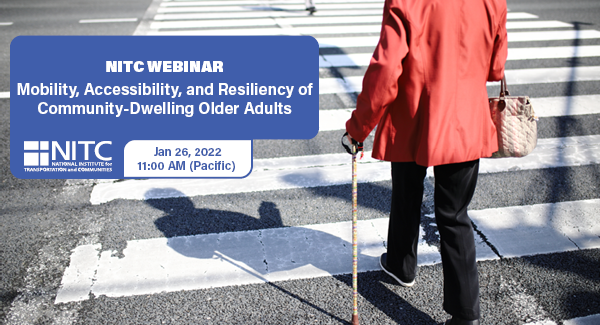 Mobility disparities among older adults affect their ability to travel and access services. This project seeks to understand challenges, barriers, and gaps that older adults experience and to develop forms of assistance or educational strategies to fill the varying mobility gaps and meet the mobility needs. This study characterizes older adults’ use of existing and potential transportation options, including conventional transit, paratransit, and ride-hailing systems, based on surveys and interviews collected from community-dwelling older adults in Dallas, Texas. Through the interview during the pandemic, the research team found that perceptual and knowledge barriers appear to be reduced among older adults to adopt new mobility options such as ride-hailing although financial and technology barriers still exist. Based on the findings, we discussed several strategies that can...