Finley Heeb and Maddy Reznick are both undergraduate students in the  School of Planning, Public Policy and Management (PPPM) at the University of Oregon. They are both active in the UO's transportation student group, LiveMove, and have worked together as LiveMove's speaker series coordinators for the past two years. Finley was recently featured in a Student Spotlight story in UO news, recounting what they gained from their participation in the summer 2019 Sustainable Bicycle Transportation in Europe study abroad program with faculty Marc Schlossberg and Rebecca Lewis. Maddy was an intern in 2019 at the Los Angeles Regional Collaborative for Climate Action and Sustainability, working with a team of University students to collect and present case study research supporting implementation of a TDM Ordinance in Los Angeles County to the Chief Sustainability Office of LA County.

Finley: I am in my third year of the Planning, Public Policy, and Management program at the University of Oregon. Learning about cities, transportation, and communities has influenced every aspect of how I interact with where I live. Now, I...

Each year, the Portland Chapter of WTS bestows scholarships to assist exceptional women in their educational pursuits in the field of transportation. The scholarships are competitive and based on the applicant’s specific goals, academic achievements, and transportation related activities. Four NITC students were awarded WTS Portland scholarships for the 2019/2020 academic year: 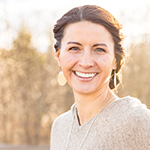 Briana Orr is a student in the Master of Urban and Regional Planning program at Portland State University. In addition, Briana is a Capital Project Planner at the Portland Bureau of Transportation (PBOT). As a part of the Central City in Motion team, Briana advances PBOT's effort to implement pedestrian crossings, transit lanes, and bikeways in the city’s core. Prior to PBOT, Briana worked in Seattle as Cascade Bicycle Club’s Communication Manager, and secured seed funding for bike share in Eugene as the University of Oregon’s first professional Bike Coordinator.

Samuel Jensen is a planning masters student at the University of Arizona. He has been selected as the 2019 NITC Student of the Year, and will be presented with the award at the Council of University Transportation Centers banquet at the annual meeting of the Transportation Research Board in January 2020. He will present research on "An Inventory of Bus Stop Amenities Guidelines at U.S. Transit Agencies" at TRB, in the Bus Transit Research and Practices poster session. Samuel's interest in transportation developed through his work as an advocate for transit justice. He also serves as the president of Graduate Planning Society, UA's planning student group, and as vice-chair of the city of Tucson's Pedestrian Advisory Committee.

I'm a somewhat non traditional masters student with a background in transportation and social justice/community organizing. I'm currently studying at the University of Arizona where I'm assisting with separate research projects in the areas of bus transit and walkability. I also serve as the president of our planning student organization, Graduate Planning Society, and vice-chair of the city of Tucson's...

Photo by Ruffnekgal/iStock
Damian Matzen is a masters student at the Oregon Institute of Technology. He is a 2018-2019 National Institute for Transportation and Communities (NITC) scholar, and was selected by NITC's executive committee as the 2019 NITC Outstanding Masters Student. As a recipient of this recognition, NITC is supporting Damian's attendance at the 2020 annual meeting of the Transportation Research Board (TRB) in Washington, D.C. next month.

I’m a third-generation college student from rural Oregon who has always had a passion for solving complicated problems and wading through numbers. My early days were spent with Camp Fire USA exploring local wilderness areas and teaching the younger kids about how to survive. As I grew older, my hobbies began to shift towards the virtual world. Video games became a big part of my life around middle school, with them becoming the dominant hobby during high school. As school became more intensive, video games had to take a back seat, becoming a weekend hobby. During school, I devoted time to helping my classmates and anyone else in the degree who needed it. I never went so far as to give the other students answers, but I would explain terms and equations and do my best to guide them towards the right process.

Competition in this trivia-based challenge was fierce, but the PSU student team took first place against the ITE student chapters of Oregon State University, Oregon Tech, and the University of Washington. In addition to bragging rights, they won a $500 cash prize that will go towards supporting STEP student activities for PSU transportation students. 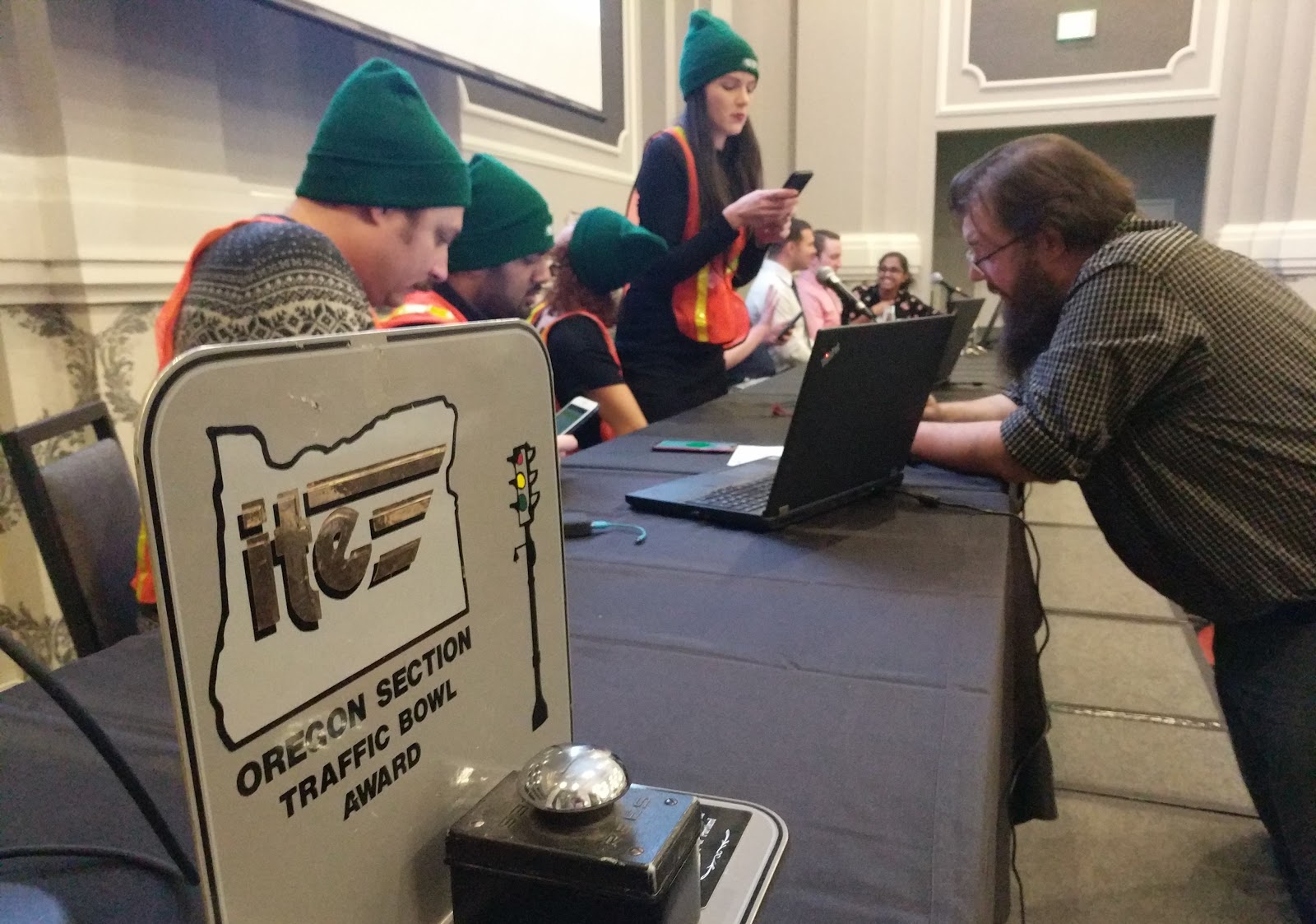 In addition to this annual event, Oregon ITE...

Julian Griffee is a second-year masters student in urban and regional planning at the University of Arizona and a 2020 TRB Minority Student Fellow. He has worked as a planner, volunteered with the Peace Corps in Albania, and worked on bicycle and pedestrian transportation. He is currently a Climate Adaptation Outreach Assistant for the City of Tucson, Arizona.

My name is Julian Griffee, a current 2nd year M.S. Urban Planning Candidate and Paul D. Coverdell Peace Corps Fellow at the University of Arizona. Originally from Wilmington, North Carolina, I received my B.S. in Geography with a concentration in land use planning from the University of North Carolina at Charlotte. Professionally, I have worked as a Planner I, have embarked on a Peace Corps service as an Urban and Regional Planning Volunteer to Albania, have interned within the City of Tucson Department of Transportation Bicycle and Pedestrian Program as well as the Burlington-Graham Metropolitan Planning Organization in North Carolina, and now I am working with the City of Tucson’s Planning and Development Services Department where I research climate adaptation policies. During my time with the Bicycle and Pedestrian Program, I assisted in the development...

It’s been quite a winding road for me to end up in the world of transportation planning. I went to Ole Miss for my undergrad in International Studies and Arabic because I thought I wanted to join the Peace Corps. Then I thought I wanted to be an English teacher, then a biologist. Eventually, I stumbled across a TDOT job posting in the Division of Multimodal Transportation Resources and thought to myself, “Multimodal? That means, like, bikes and buses and walking, right? I like riding my bike!” And that’s how I ended up working for TDOT, which eventually led me to the University of Utah.

I’m in my first semester of the Master of City and Metropolitan Planning program at the University of Utah. Outside of work and school, I enjoy cycling and playing Ultimate Frisbee. Since I’ve moved to Utah, I’m trying to get better at cycling up mountains because we don’t have those in Tennessee. I’m also...

The 11th annual Transportation and Communities Summit 2019, held at Portland State University (PSU) on September 19–20, drew attendees from 14 states across the U.S. Over 250 people joined us for the Summit day, and nearly 60 took part in the deep-dive workshop day. We hope the event offered new opportunities for collaboration and synergy between researchers, practitioners, and community members.

Peter DeFazio, the U.S. Representative for Oregon's 4th congressional district, kicked off the day with a video welcome message for the summit attendees, followed on the main stage by TREC director and urban planning faculty Jennifer Dill. 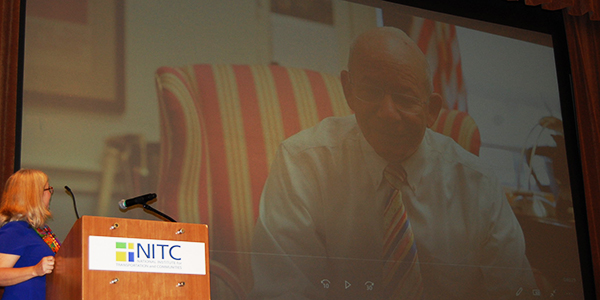 At lunchtime Ben Wellington, the data...