The National Institute for Transportation and Communities (NITC) program has released its 2018 Small Starts request for proposals (RFP). Faculty at NITC's partner universities* are invited to submit abstracts by September 17, 2018.

The Small Starts grant assists researchers (based at NITC partner universities) who are interested in transportation but have not had an opportunity to undertake a small project ($20,000 or less). Read about the Small Starts projects that were funded in 2017. Projects must be consistent with NITC's theme of improving the mobility of people and goods to build strong communities.

The General Research grant is NITC's flagship grant. Annually, we fund general research through a competitive, peer-reviewed RFP process for projects ($30,000 - $150,000) consistent with our theme of improving the mobility of people and goods to build strong communities.

Four of these new projects involve multi-university collaboration, and seven are advancing the transportation knowledge base by building upon an existing body of research. The new group of projects will help lead the deployment of innovative new technologies and practices to improve the safety and performance of transportation systems:

Land Use and Transportation Policies for a Sustainable Future with Autonomous Vehicles: Scenario Analysis with Simulations
Led by Liming Wang of Portland State University with co-investigator Yao-Jan Wu of the University of Arizona
This multi-university collaboration expands upon previous research by Liming Wang, Incorporate Emerging...
Read more

In November 2018, Vivian Miller published Investigating Barriers to Family Visitation of Nursing Home Residents: A Systematic Review, a paper based on her NITC-funded dissertation, in the Journal of Gerontological Social Work. 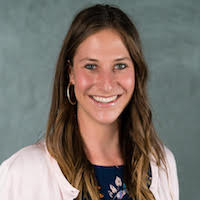 Vivian Miller is a third-year doctoral candidate in the School of Social Work at the University of Texas at Arlington. Her primary research interests are in...

Mar 14, 2018
Principal Investigator: Danya Rumore, University of Utah
Project Overview: Collaborative Regional Planning: Tools and Techniques for Teaching Collaborative Regional Planning to Enhance Livability and Sustainable Transportation
Learn more about this education project by viewing the Executive Summary and the full Final Report on the Project Overview page. Hear firsthand from the investigators by registering for the upcoming April 26 webinar.

Referred to as Gateway and Natural Amenity Region (GNAR) communities, these unique places have their own set of challenges and opportunities. They are often located near small towns or rural areas with limited transportation networks, but  due to the periodic influx of visitors, can experience “big city problems” like congestion and sprawl.

The National Institute for Transportation and Communities (NITC) program has released its 2018 general research request for proposals. Faculty at NITC's partner universities* are invited to submit abstracts by April 2, 2018.

Through funding provided by the U.S. DOT, we will award at least $1 million under our general research grant in 2018 for projects that support NITC’s theme: improving mobility of people and goods to build strong communities. Our theme includes a few key topics:

Research projects must focus on transportation, with additional consideration given to projects that emphasize equity and diversity in their research and partnerships. We’re seeking projects that demonstrate a strong potential to move transportation research into practice, shape national and international conversations, and respond to the needs of practitioners and policymakers.

Priority is given to projects that are collaborative, multidisciplinary, multi-campus, and support the development of untenured-tenure-track transportation faculty.

Small towns and cities outside of national parks and other major natural amenities throughout the western United States are becoming increasingly popular places to visit and live. As a result, many of these gateway and natural amenity region (GNAR) communities—including places such as Jackson, Wyoming, and Moab, Utah—are facing a variety of “big city” issues, such as severe congestion, lack of affordable workforce housing, and concerns about sprawl and density. This webinar will introduce the planning and transportation concerns being experienced by GNAR communities throughout the west. It will then share the tools and resources developed by the University of Utah to train planners to work in these unique communities and to help these communities enhance livability and sustainable transportation options. The webinar will also introduce the University of Utah’s new Gateway and Natural Amenity Region Initiative and ongoing research aimed at better...

New laws in California and Oregon—California’s Sustainable Communities and Climate Protection Act (SB 375) and the Oregon Sustainable Transportation Initiative (SB 1059)—have made them the first states in the nation to try and reduce greenhouse gas (GHG) emissions using the transportation planning process.

A new NITC report coauthored by Keith Bartholomew and David Proffitt of the University of Utah evaluates how these pioneering laws have changed local planning processes in each state. Under these laws, metropolitan planning organizations (MPOs) must include climate goals in their regional transportation plans; coordinating land use and transportation infrastructure in a way that aims at reducing per capita GHG emissions.

"The MPOs have to show how, in the future, they could accomodate population growth, new housing and new...

Students in the University of Utah’s Westside Studio investigated how to improve access to downtown from the west side of Salt Lake City.

Led by Ivis Garcia, the project's goal was to learn from residents about their use of an existing multi-use path, the Jordan Park River Trail, and to help enhance the connection between residents living near the trail and the downtown area on the river's east side.

Students surveyed 300 residents and conducted focus groups, which revealed that many area residents either didn't know about the trail or didn't perceive it as a safe place to walk. Local community leaders also visited the class and shared their expertise with students.

"A lot of elements of the course were around teaching community engagement and action," Garcia said.

In order to enhance users'...